Education in a post-conflict society - wherever communities are divided, education acts as a lightning rod. 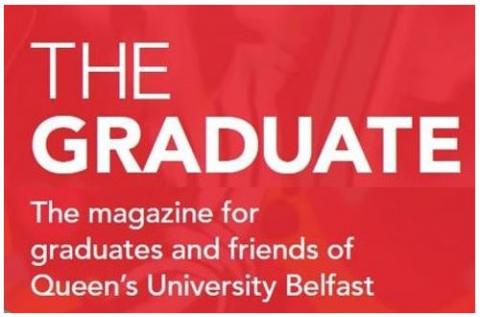 It’s not separate. It’s not integrated. It’s shared. An education that demands nothing less than collaboration between entire networks of schools, with teachers working together to deliver classes and share expertise.

Starting with a pilot Shared Education programme of 12 schools in 2007, the Queen’s initiative aimed to bridge the gap between short-term opportunities for contact, and full immersion.

The broader goal was to create new relationships between young people, teachers and parents in local communities by binding the schools together in collaborative networks. The Centre for Shared Education was established in 2012, to provide a focus for research and dissemination of the model. Today it is working with partners in Israel, the Balkans, Lebanon, Jerusalem and Los Angeles, as well as having educators in Cyprus and other post-conflict regions.

“The process has taken time,” says Professor Gallagher, “but at its heart, shared education is based on a simple idea. If you start to think of schools as an interdependent network, then it starts to make more sense to find ways to promote positive interdependencies through cooperation for the wider common good.”

An important feature of the working Northern Ireland is that school partnerships have to be tailored to their local circumstances. One of the reasons shared education worked so well in Northern Ireland was that, for the most part, they were able to secure political buy0in at localised levels.

According to Professor Gallagher, the idea of shared education can be distilled into one idea: “Separate schools create institutionalised boundaries between young people. For years, we argued whether we should leave those boundaries in place to protect identity, or remove them to promote cohesion. With shared education, we are saying leave the boundaries in place but make them less important, make them porous and encourage movement across them.”

We also use analytics & advertising services. To opt-out click for more information.